Snow doesn’t always cover up; it reveals what cannot be seen in ordinary weather. Taught to see snow as beauty covering the mundane, I now see its deeper purpose: illuminating what I previously could not see which is not as mundane as I thought.

This is both a literal and metaphorical lesson. On the ground and in our country.

Snow flurries were falling in Seattle on the end-of-February morning when we left for our winter road trip. The snow piled high on the eastbound roadside of Snoqualmie Pass was expected. As we headed down the eastern slope into central Washington. I was surprise by what greeted me.

Typically, the rolling hills of this area, during my spring and summer travel, seem to fade into each other; layers of brown. I was familiar with the grasses and small bushes disappearing in their camouflage colors. This year, for the first time, I saw them covered in winter snow. Curves and shadows were accentuated. They drew me in, made me curious, and challenged my narrow view of what this land was like. Small plants stubbornly proclaimed their existence, refusing to let the snow make them invisible or keep them buried. How different this area looked to me.

In Oregon and Idaho, I discovered their winter sides. I had to complicate my perspective of the single stories I had created about these states. Blankets of snow on fields and mountains exposed an unevenness in the landscape that refused to be confined by one definition. It was disorientating. 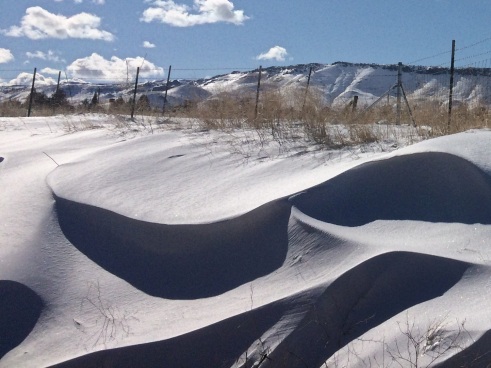 Listening to the daily news as we traveled, my disorientation increased with the emerging picture of a country different from the one I thought I knew. A winter of discontent has revealed underground plants previously hidden by the obliviousness of privileged contentment.  Seeking to grow stronger, these plants, some of them weeds, are being fed by an underground fertilizer of fear and prejudice.  They poke up through the snow, seeking reassurance and affirmation that they matter; unaware or uncaring of the cost of their mattering to those who they categorize as “other.” A false prophet lures them with lies that cut away at the roots of that which nourishes lives of love.

Weakening roots cause the growth to be chaotic. Landscapes are shifting and the road through them is not familiar, has unexpected potholes and is causing damage. There are shadows visible that were previously hidden.  It is now possible to directly encounter them to understand the factors that form their depths.

Living amidst a shifting landscape can be alarming. Yet, there are also moments of beauty showing up as the landscape resists being destroyed and incorporates changes to rise again in modified and stronger form. 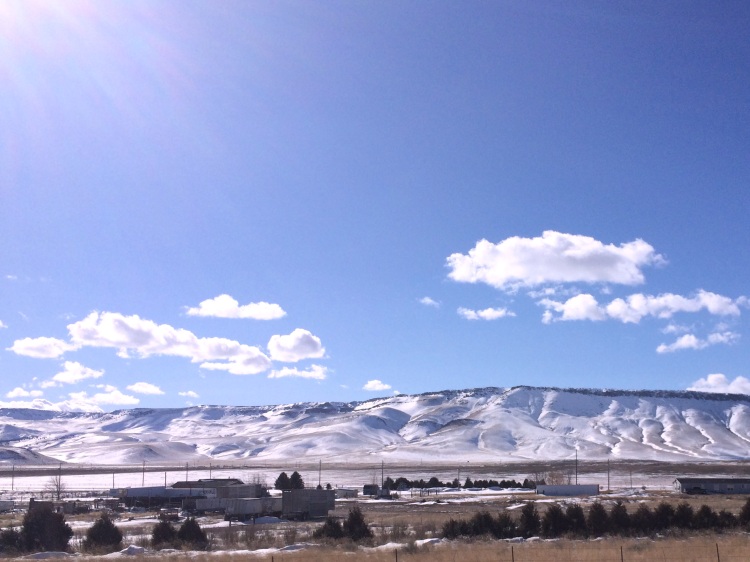 In Being There, a 1979 comedy-drama film, the character, Chance, is a middle aged man who has been a gardner all of his life.  It informs his perspective on life. While some would categorize him as “simple-minded,” his use of gardening metaphors impress and inspire people who have lost their way in life.  One of the often cited quotes from the movie is this:

“Growth has its season. There are spring and summer, but there are also fall and winter. And then spring and summer again. As long as the roots are not severed, all is well and all will be well in the garden.”

Perhaps that is our most important work now. To ensure the roots of our country’s values are not severed. To tend to the garden of freedom and democracy within a changing landscape that reveals things to which we need to pay attention. To know that growth can be painful and walking with others through it will sustain us. To trust that we are forming a new season of spring that will come.

2 thoughts on “Seeming to conceal, it reveals. Life lessons from snow while on the road.”